A 64-year old female claimed she was paralyzed on her left side during a medical procedure and sued for $2.5 million. Continued surveillance revealed she rarely left her home and when she did, she shuffled along very slowly, with assistance, using a walking frame as she did so. One Saturday morning she joined her family in a visit to the local supermarket. Her daughter and granddaughter assisted her as she slowly edged her way from the car to the store. An Artus Group investigator entered the store to observe her activities. Nothing new – she continued along slowly as her daughter provided support. The daughter left her alone and went to another aisle, leaving the subject alone in the freezer aisle.

This amazing recovery was seemingly short-lived: as she exited the store her paralysis returned and she was videotaped as she slowly shuffled back to the car with the assistance of her walking frame and doting family. The subsequent settlement negotiation had a slightly different outcome than she might have expected.

A very wealthy client with a pre-nuptial agreement suspected her younger husband was having an affair with a woman from Philadelphia. Her husband, a former athlete, told his wife he was leaving for an amateur men’s basketball tournament in Denver. Of interest, we learned that his connecting flight was through Philly, with only a 45 minute layover. We suspected that the subject would either meet his girlfriend at the gate for the second leg, or he would exit Philadelphia airport and claim that he had missed the connection and would have to stay overnight. Or, maybe he was telling the truth and there was no girlfriend at all? This, as do all airport surveillances due to logistics, size and sheer volume of people, provided a very difficult scenario.

Artus Group booked one investigator on the flight to Philly; one at the gate in Philly to meet the subject; one at the Philly baggage claim; and one outside circling the arrivals level in his car. Two additional investigators were scheduled to pick up the subject as he arrived in Denver – again, one at baggage reclaim and one circling in his car (as you know, it is impossible now to remain parked in place immediately outside arrivals at any major airport). In a bizarre twist, our subject almost missed his flight to Philly, but as he rushed to the gate, the Artus Group investigator boarded just behind him (our investigator booked a seat near the front so he could be sure of exiting the plane before our subject – this is a critical component of aircraft surveillance).

Our Philly investigator followed the subject and his companion onto the flight to Denver and sat in his pre-booked seat, again towards the front. Upon arrival at the gate, he repeated the “nod” to our Denver associates, who took it from there. The subject and his girlfriend were observed and videotaped as they rented a car and drove to a hotel, where they checked in, all caught on video. An undercover agent in the hotel lobby even videotaped as the subject made a phone call to his wife in Connecticut. He could be heard telling her that he had checked in and was just about to leave with the guys for practice.

This surveillance included seven investigators, immense planning and, to be honest, some luck. But the results became a huge component in providing our client with peace of mind, and some significant leverage in their pre-nup settlement. 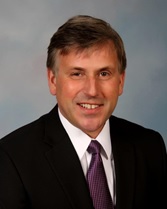